In our previous post, where we discuss the basics of the HTML audio element, we mentioned that each individual web browser presents its own version of an audio player and that it will look different in every browser.

There is not much you can do with CSS directly (without JavaScript) on the audio element, and since the default player is rendered by the browser itself, it doesn’t make a lot of sense to spend the time accounting for all browsers — it will be a moving target that will continuously change.

However, there are a few things you can do, and you might just want to know what they are and how this all works. Hopefully this will help.

When you create an audio player with:

Open this page’s URL on another browser (Chrome, Firefox, Edge, Safari, etc.), and see that it is rendered slightly differently by each browser.

Each browser creates a block element for the audio tag (i.e. display:block), and then that parent block element container holds a custom component that exists in the “shadow DOM” of the browser window. We’ll get into that later.

You can treat the parent container much like any block element in your CSS, adjusting height and width and colors. So with:

You will end up with this

You can try it out in different browsers and still see the 300×200 yellow rectangle that contains the audio player.

You can even do some fancy animation and transitions. For example, hover over the player below:

This is done with:

Too much of this sort of thing can lead to a bad user experience, so don’t over-do it. I just wanted you to know that it is possible.

Although you cannot style the child elements of the audio tag very easily in any sort of uniform, ubiquitous way, there are some pseudo-elements that your CSS can hook into for specific browsers.

The most common pseudo-elements you find related to the audio tag are prepended by ::-webkit-media-. These WebKit-only extensions work in some browsers like Chrome and iOS, but the browser developers often change the way this functions, and it is not completely reliable.

The list of these audio element pseudo-elements is as follows:

For example, if you were to use:

But it’s hard to say which browsers will consistently, now and in the future, appear this way.

If you use your browser’s dev tools to inspect your audio tag in the DOM, you will see something like this:

Notice that it is simply the single audio container element, with no way to inspect the inner parts of the player, such as the play button, the scrubber, and the volume control.

This is because the default HTML audio player is located in what is know as “the shadow DOM.” It sounds scary and mysterious, doesn’t it? The shadow DOM is a scoped subtree inside of a DOM element. What this simply means is that something in the shadow DOM is separate (has it’s own scope) and it is the same sort of tree-like structure that you are used to with parent, child, and sibling elements that are unrelated to the rest of the document object model.

This information changes from year to year, but currently there are ways of seeing the shadow DOM in both Google and Firefox browser dev tools.

To Inspect the Shadow DOM in Google Chrome:

Now when you inspect your audio tag you should see something like:

To Inspect the Shadow DOM in Mozilla Firefox:

It will look roughly the same as it does in Chrome, both sharing a newly discovered #shadow-root section, but notice how the element names are not the same:

Because these shadow DOM elements are scoped, there is not much you can do to alter them with simple CSS. But it is good to know how these elements are constructed, especially if you plan to continue learning how to build your own audio player with JavaScript and HTML.

In the next lesson we will learn how to remove the controls attribute and to make your own html audio player with custom buttons and styles using JavaScript. 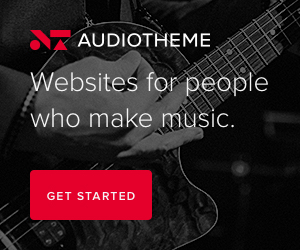 We use cookies to ensure that we give you the best experience on our website. Please let us know if you are OK with it.Yes, OK